One visits many memorable cities whilst on a Rhine River cruise, but a personal favorite is Strasbourg in France. Its name does not sound French but like many border cities, it has a very ‘To and Fro” past. A guide on a boat tour of the city remarked that his grandmother’s citizenry changed three times during her lifetime: France, Germany and then back to France. This is very typical of many areas in Europe but a bit of an alien concept to a North American visitor.

Strasbourg is a truly beautiful city. Yes, you can say that about many cities, Strasbourg’s tree- lined streets have stately buildings:  areas with surprising modern and unique architecture,  old buildings of weathered brick and stone, and half timbered black and pastel ones found in “La Petite France”. Surprises are around every corner. One way is to take a guided boat tour of the city’s canals (with locks!) to see the older areas and the covered bridges; it is an included excursion on many river cruises so if you are on one of these vacations, you are in luck. 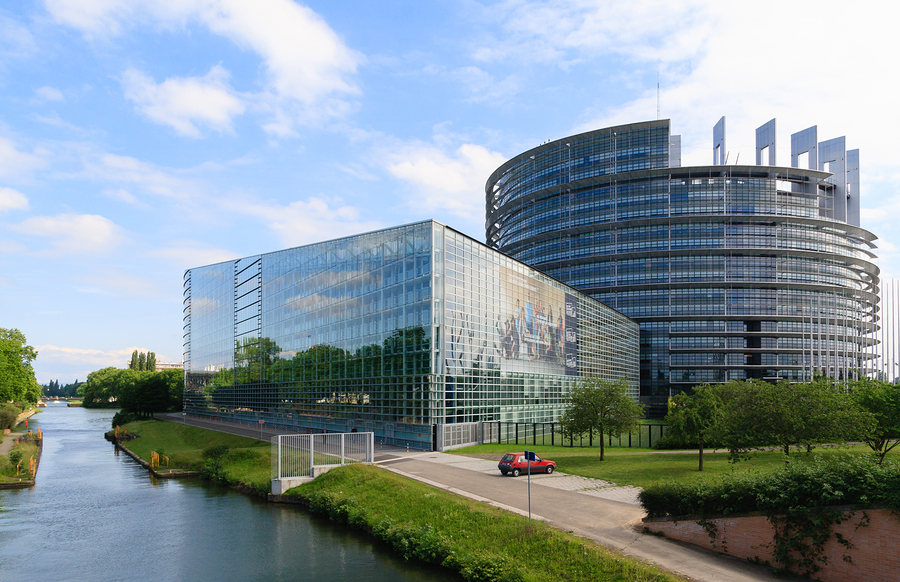 Interestingly, though it is classified as a major Rhine “port”, Strasbourg is not technically situated on the Rhine but on the River Ill which flows into the Rhine. Chances are, even on a river cruise, you will not “cruise” into this city.

While visiting this city, besides enjoying a river/canal tour,  take a wander about its historic center. There are many museums worth visiting, and like many European cities, there is a famous cathedral, Notre Dame, to explore. This one, a sandstone Gothic masterpiece, was completed in the 13th century with the tower dating from the mid 1400’s. Its stained glass windows are magnificent. It also has a huge (60 foot plus) astronomical clock for which it is famous: it strikes noon with a display of various wooden figures including Jesus and the Apostles.

Perhaps you will be lucky and stumble across a giant street market where vendors have tempting displays of crafted items laid out on blankets on the cobbled stone, or in booths displaying antiques and collectibles. You will be tempted to give your high school French a go and haggle! Or relax and watch the crowds go by from a street side café. Sip your coffee or cappuccino, savor a delicious pastry or sweet, and absorb the atmosphere of this wonderful city.

You will be enchanted by Strasbourg and its old world delights.